How To Get Rid of Ants In The Kitchen Fast

Why are Ants such a nuisance and tips on how to get rid of Ants in the kitchen fast.

While a trail of Ants marching around your kitchen may seem like a nuisance, Ants do have a very important ecological role to play…. Just not on your kitchen counter top.

Like most other species we’d rather not share our lives with, Ants do play a really important role in the environment.

For a start there are countless billions of them all busy under ground turning and aerating the soil. This allows water and oxygen to reach plant roots encouraging new seeds to sprout through dispersal, and new plants to grow and spread.

So again, like a lot of other species, Ants create a whole ecological cycle from generating new growth, to consuming organic matter, which is then excreted and consumed by other organisms which go on to provide nutrients for other life cycles.

There are many species of Ants throughout the world, but all have very similar features.

Typically, Ants are skinny with a narrow connection between their thorax and abdomen. They have mouth parts that can chew and antennae with a bend in the middle. Ants range in size from extremely tiny (2mm) to very large (up to 20mm). Some species of the Driver Ant, typically the queen have been recorded at nearly 50mm (2-inches).

Most are brown in colour, some light, some dark, and some red.

There are probably too many types of Ant to list, and some of them are very aggressive with a nasty bite or sting. Often they live in colonies consisting of millions, or possibly billions of inhabitants. In certain tribal countries, being stung by a colony of vicious Ants is something of a rite of passage into becoming a man and a hunter. This the case with the Sateré-Mawé people of Brazil who use the Bullet Ant as a rite of passage to becoming a warrior.

Luckily, in the UK ants are much less aggressive and in much smaller colonies due to fluctuations in the climate, but they can still be a problem all the same.

Common Ants found in the UK.

The Pharaoh Ant.
This is the most common type of ant to be found in a UK home as the Pharaoh ant likes to build its nest indoors. The Pharaoh ant is a voracious forager of any source of high protein food, such as meat, fat, dead insects etc. They tend to build their nests in heated buildings often tucked out of the way in a wall cavity. Each colony can support multiple queens, therefore they populate very quickly.

The Garden Ant.
Not such a great threat as the indoor Pharaoh ant, these ants like to build their nest outdoors in the soil underneath patios and paving slabs. However, they have a sweet tooth, and like the Pharaoh also seek out high protein food. Therefore, if you see them outside close to the house then try not to leave any food lying about that might attract them in. They will leave a scent trail to the food source which many other ants will detect and follow.

Roger’s Ant.
Unlike their garden cousins, these small reddish-brown ants do not follow or leave trails for others. This is because they hunt live prey. They like to build their nests in damp areas, such as around drains and behind cracked or loose kitchen and bathroom tiles. These locations offer easy access to their moisture-loving prey, such as spring-tails and other household pests that love dark, damp areas.

Pavement Ant.
As the name suggests, you will see these ants in abundance scuttling across the pavement, particularly in the warmer weather during spring and summer. Dark coloured and tiny, they live outdoors and are never or rarely seen when cold. However, if they make a nest indoors then they will swarm your home all year long. Pavement ants will eat whatever they can find, they’re not fussy – but like most other ants and humans, they like meat, protein, and sweet things.

Flying Ants.
Flying Ants are distinguishable from other ants by their bent antennas, pinched waist, and most obviously they have wings. They can swarm up into the air when it’s time to go and find a new mating area, often with little warning, which can make for an unpleasant experience.

Flying ants are no different from other ants in their dietary preferences and habits, except they can fly. They fly to establish new colonies and to enable the queen to mate with males from other colonies. This helps preserve themselves from extinction.

Ghost Ants.
Tiny and translucent in colour, they are quite easy to miss, hence why they are called a ghost ant. Their preference is to build nests where there is a lot of moisture or damp. Typically, this will be under kitchen sinks, bathroom basins, behind toilets, damp cabinets or timbers covering pipes with condensation etc. Again, their food source preference is sweet, greasy food and protein.

Are Ants a threat to your health or dangerous?

In the UK Ants are not particularly a threat to your health, or indeed dangerous. In other parts of the world with more tropical climates there are species such as the Fire Ant or the Bullet Ant which can be very painful when they bite or sting. It is claimed that the Bullet Ant for example feels like you’ve been shot when it attacks you, hence its name.

The biggest health threat is from bacteria Ants can carry in on their feet from marching around outside, so you need to be aware of cleansing your work surfaces while dealing with an Ant invasion.

Natural remedies to get rid of Ants in the kitchen FAST…

Ants are pretty smart creatures. If you see one or two lone Ants scurrying about on your counter top, don’t dismiss it as a one off event. These guys are scouts looking for a food source to feed the nest. If they find one they will quickly scurry back to let the others know. However, they leave a scent trail behind so that the workers know exactly where to go to invade your kitchen.

The first trick is to confuse and deter the ants by destroying the scent trail. Here’s two simple methods.

Glass cleaner and washing up liquid.

Mix together spray-on glass cleaner with liquid detergent. This combination can help deter ants from entering your home. It does this by removing the scented pheromone trail they leave behind when they walk.

Spray the areas where ants seem to originate from. Wipe down the area after spraying, leaving a light residue. If you don’t like washing up liquid, then any type of soap will work.

Mix white vinegar 50/50 with water and wipe down your surfaces. Not only will it destroy the pheromone trail, it will also kill any ants that come in contact. Ants hate the smell of vinegar, so it’s also a good deterrent.

Once you’ve cut off their scent trail then you may want to repel them and stop them coming back. Here’s how.

Use pepper.
Ants really find the smell of pepper irritating.
Use black pepper, or red (cayenne) and sprinkle around areas where you’ve noticed ants coming in, around skirting boards, kitchen cupboard kick boards, and behind appliances. This remedy is completely natural and safe. However, if you have pets it might just irritate them as well.

Lemon eucalyptus oil.
Used as a natural insect repellent, the oil extracted from the lemon eucalyptus tree contains citronella, a product frequently used in candles to repel flying insects, such as mosquitoes.

Don’t ingest lemon eucalyptus oil. Keep it out of reach of children and pets.

The best method of use is to saturate cotton balls with the undiluted oil. Place the soaked cotton wool in areas where ants have been seen, and change weekly.

Again, ants hate this smell and will avoid it causing them to go and forage elsewhere.

If you have a real problem then you might have to resort to killing off a large quantity of ants to get the matter under control and allow the repelling methods to work effectively. Try the following.

Diatomaceous earth (silicon dioxide)
This sounds more scary than it actually is, but it’s a very effective non-chemical natural product. Diatomaceous earth is a type of silica. It is actually the fossilized remains of aquatic organisms called diatoms.

Diatomaceous earth isn’t a poison. It kills ants and other bugs by absorbing the oils in their skeletons, which dries them out.

Because of the way it works, you need to avoid breathing it in or getting it on your skin.

You can purchase food-grade diatomaceous earth online. (See below),and follow the package directions to use as an ant killer. Any ants left lying about can simply be vacuumed up and the area cleaned down.

Of course the best way to control an Ant invasion is not to invite them into your kitchen or home in the first place. Ants are very similar to humans when it comes to food likes and dislikes. They seek out anything protein based, carb based, sweet and sticky.

Therefore cleanliness, not leaving food out in the open (or in loose packaging), clearing up drink spillages, emptying waste bins regularly etc is absolute key.

If the scouts can’t find anything to eat, and even worse come across some natural scents they don’t like, then they will move on. At the end of the day they are looking to feed the colony, not cozy down with you in front of the TV.

So keep it clean and keep the ants at bay….

Ant Infestations In The Home

Spider Infestations In The Home

How To Get Rid of Flies In The House 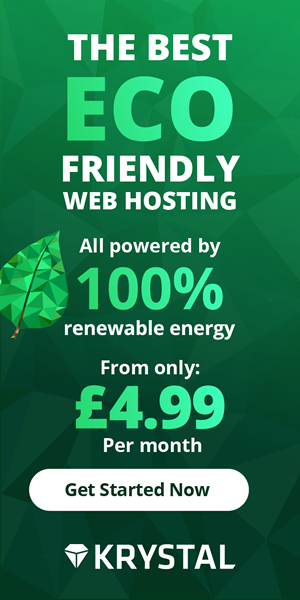 How To Get Rid of Ants In The Kitchen Fast

How To Get Rid of House Flies

How To Survive a Fire

This website uses cookies to improve your experience while you navigate through the website. Out of these, the cookies that are categorized as necessary are stored on your browser as they are essential for the working of basic functionalities of the website. We also use third-party cookies that help us analyze and understand how you use this website. These cookies will be stored in your browser only with your consent. You also have the option to opt-out of these cookies. But opting out of some of these cookies may affect your browsing experience.
Necessary Always Enabled
Necessary cookies are absolutely essential for the website to function properly. This category only includes cookies that ensures basic functionalities and security features of the website. These cookies do not store any personal information.
Non-necessary
Any cookies that may not be particularly necessary for the website to function and is used specifically to collect user personal data via analytics, ads, other embedded contents are termed as non-necessary cookies. It is mandatory to procure user consent prior to running these cookies on your website.
SAVE & ACCEPT